LINDA Lusardi broke down in tears on today’s Good Morning Britain as she recounted her life-threatening ordeal with coronavirus. 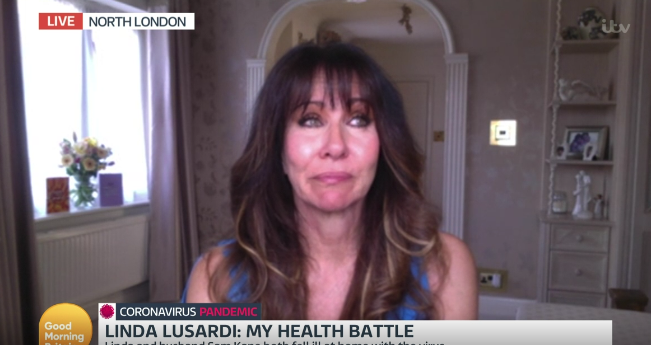 Speaking to Piers Morgan and Susanna Reid, she said: “It was absolutely horrendous. I thank God I’m one of the lucky ones that got through it.

“The second night I was there, I tested negative first of all, a doctor came in and was washing his hands and I said ‘are you getting me through this?’ and he was like ‘I’ll be honest with you, I can’t promise you, you’re 61 and we don’t know what we’re dealing with, and I thought: I’ve had it.”

Linda previously told The Sun how the pain she suffered from coronavirus was so excruciating she wanted to die.

The veteran model is now recovering at home after spending ten days in hospital. 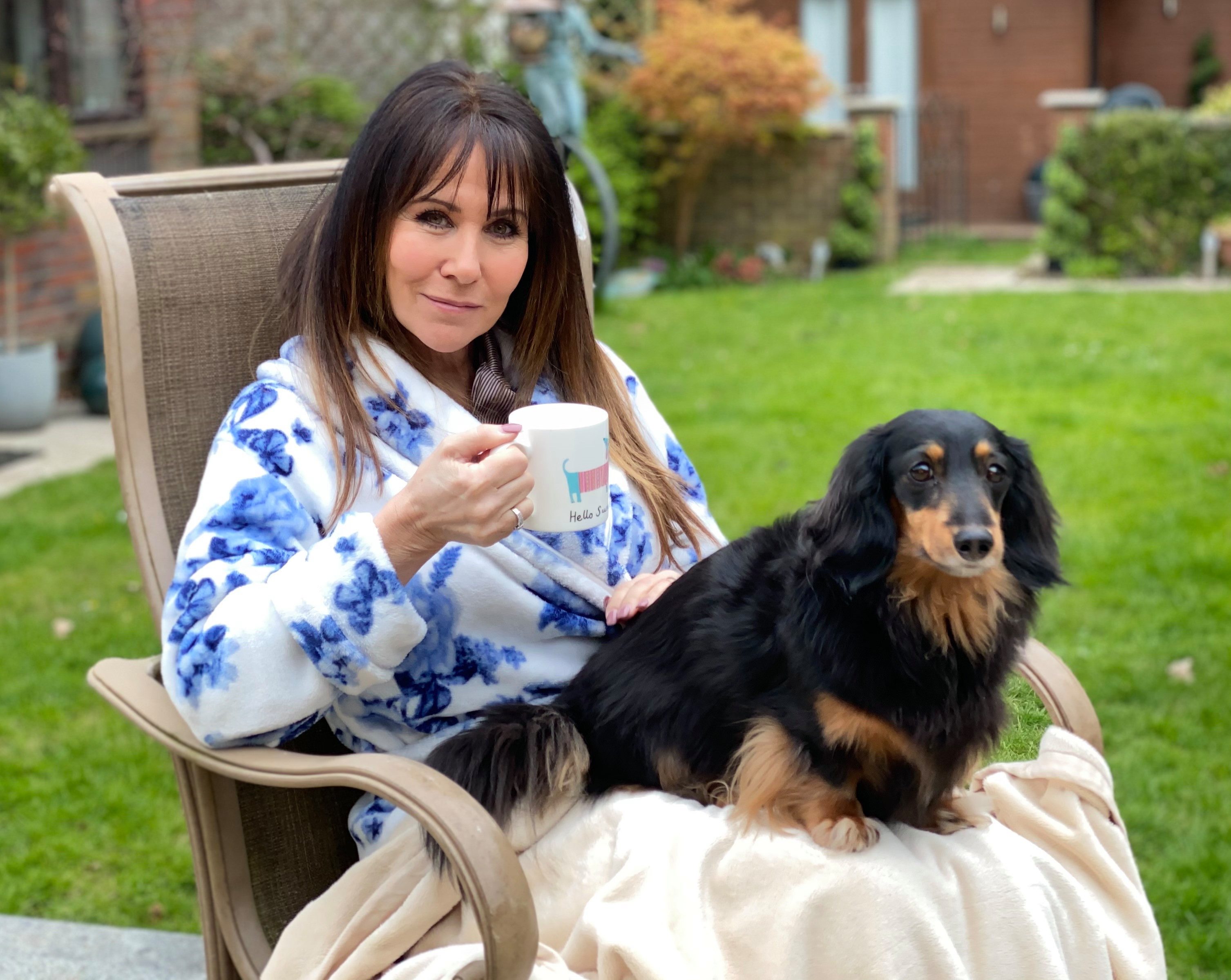 But she said it was the days before she was taken in that she and hubby Sam Kane — who also had the virus — were left in despair.

She said: “It got to the stage where both of us were praying we wouldn’t wake up because it was so bad.”

Showbiz agent and actor Sam, 51, added: “We just looked at each other and said, ‘Look, we can’t take this anymore’.

“It was horrific. It was like the devil’s hands were strangling me and holding me down and laughing in my face.

“It’s the deepest, darkest place we’ve ever been.

“We just thought that if we don’t wake up, it’s not the end of the world.” 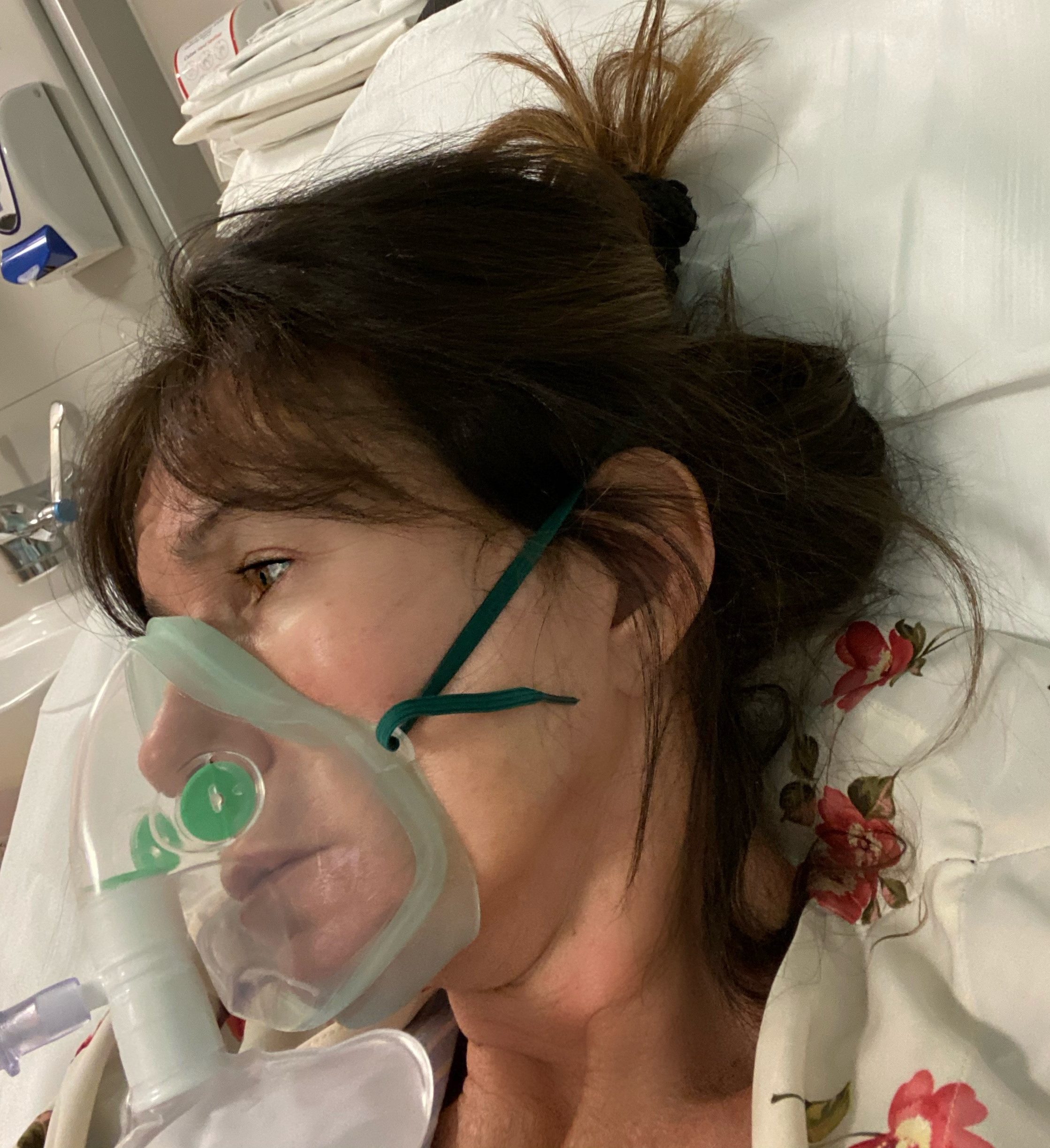 Sam believes he contracted the virus first, during a business meeting before strict social distancing measures came in.

He passed it on to Linda while she was caring for him.

Linda said: “I started to get a fever, feeling rough and carried on, but it got worse and worse.

“Your head hurts, your brain hurts and you feel like an elephant is sitting on you.

“I remember crawling to the bathroom putting my face on the tile floor, and then almost trying to make myself sick just to get a light relief for five minutes afterwards.

“I was leaning over the edge of the bed coughing and spitting into a bucket. Your vomit is blue.” 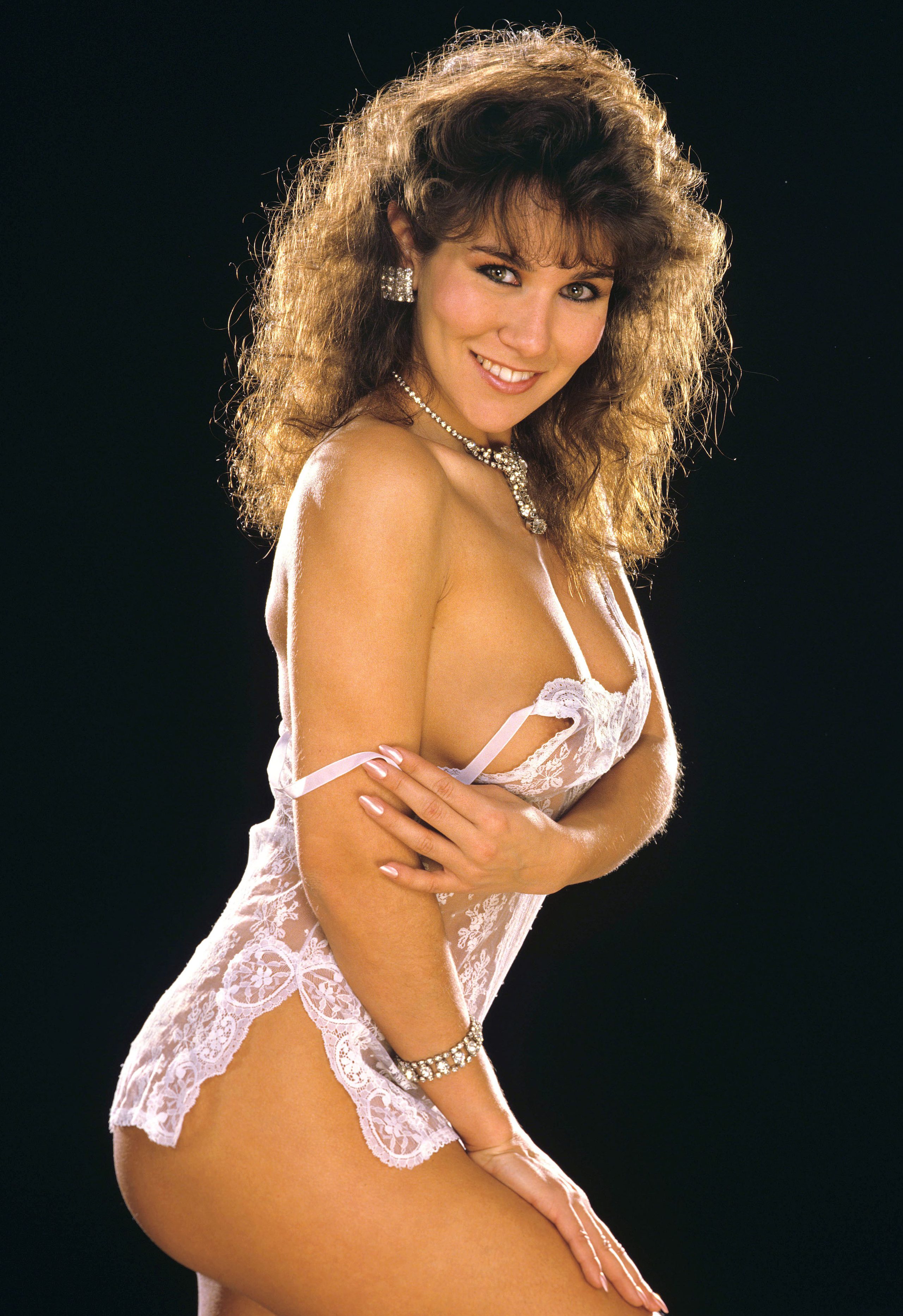 Sam and Linda’s son Jack, 20, called 999 and the couple were hooked up to oxygen and taken to hospital in the same ambulance.

Daughter Lucy, 24, watched on CCTV linked to her phone as they were taken away and feared she might never see them alive again.

Linda herself feared she would not make it.

She said: “I was lying on the bed and had my arm over my head and thought, ‘I’m going, this is it’.

“I could feel myself drifting away.”

The couple were taken to North Middlesex hospital where Sam tested positive for coronavirus.

Linda’s results were initially negative, but tests showed she had “zero oxygen” in her blood, which was also “full of infection”, and pneumonia.

The following day she also tested positive for Covid-19.

Three days later, Sam was improving but Linda’s condition had worsened and she was given a grim update by a doctor.

“To hear that was just dreadful and I just burst into tears.

“I text Sam and they wheeled him up to me.” 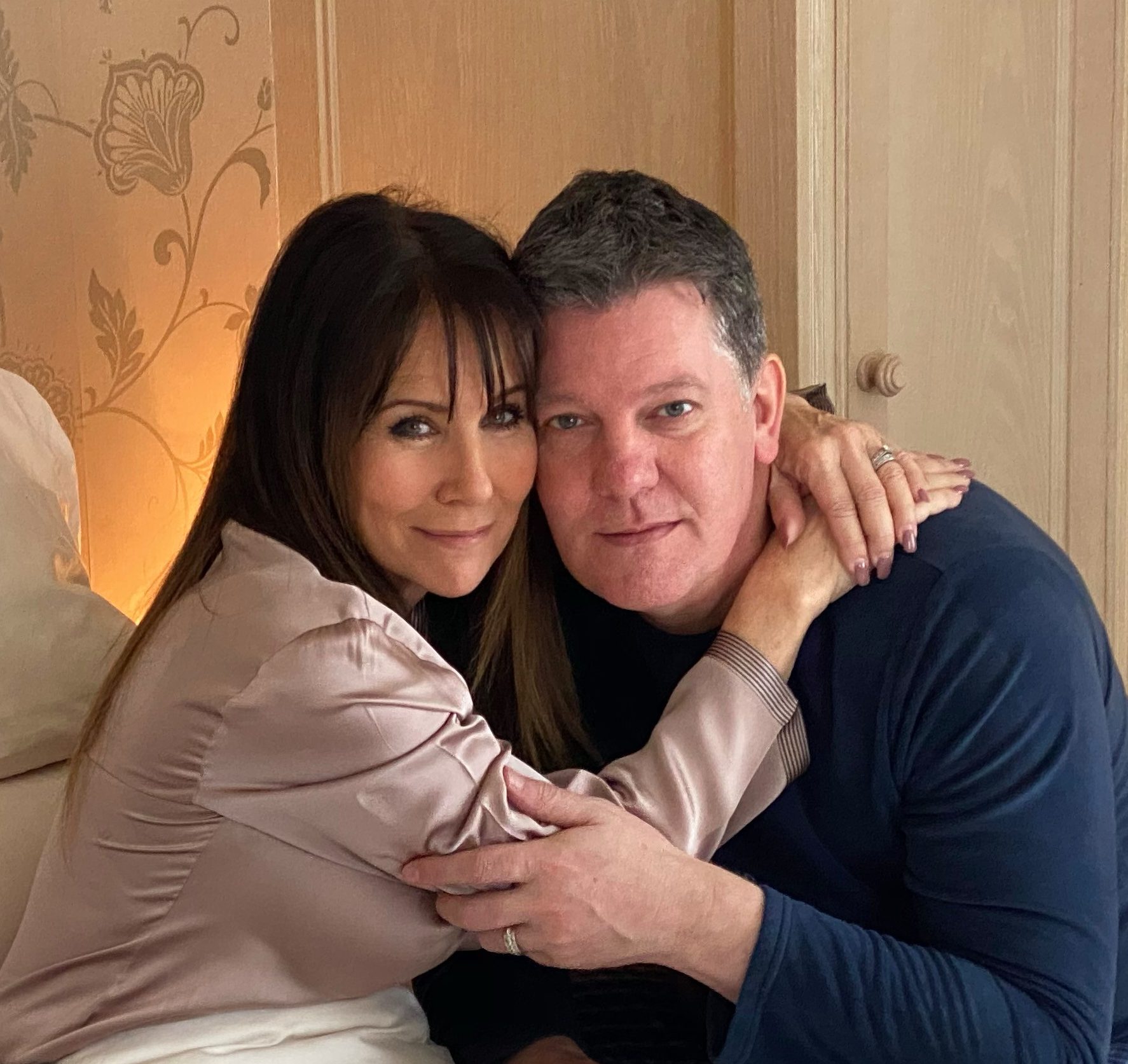 Sam said: “I got a message saying, ‘I don’t know if I’m ever going to be able to talk to you again’ and I just fell apart.

“I was screaming because I thought I was going to lose her.

“They had to give me an injection to calm me down. But they managed to get me up there to see Linda.”

The reunion seemed to spark an upturn in Linda’s health.

The thought of her children losing their mum also gave her the determination to fight.

Sam was released from hospital a few days before Linda.

But he told how one doctor broke down over the lack of information about the virus. 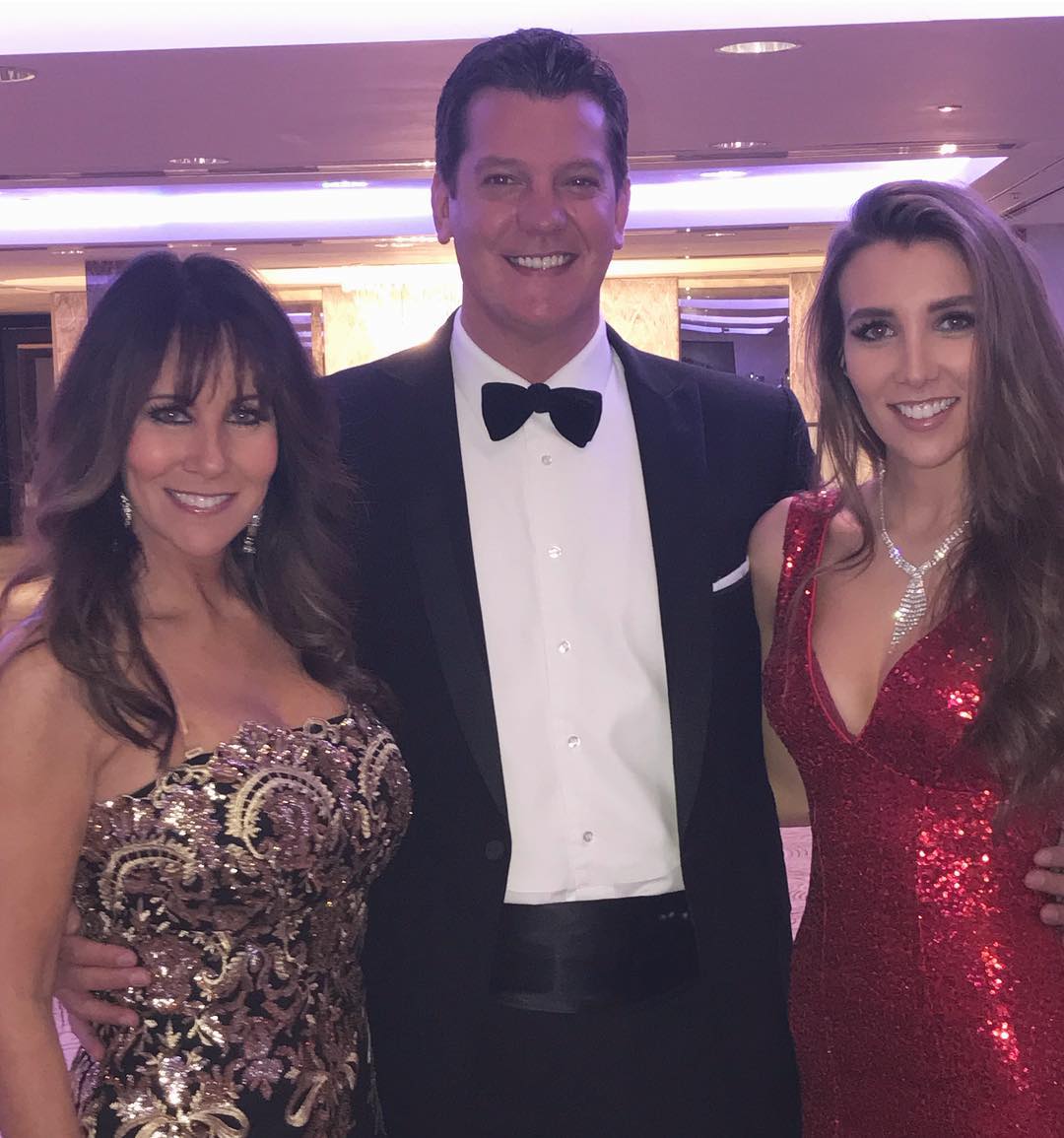 He said: “She said, ‘I want you to tell me the symptoms from start to finish and how you felt because we don’t know what we’re dealing with’.

“So she was sat there in a mask and a flimsy apron and a pair of gloves and I talked her through my symptoms and journey of this horrendous thing and she just sat there and burst out crying.

“I said, ‘Are you OK?’ and she said, ‘I’m terrified — we’re so scared because we don’t know whether you’re going to live or die and it really is on a knife edge’.

“We just sat there and cried together. When she left she said to me, ‘You don’t know how valuable all this is’.”

Linda is also now back at her North London home with dog Dexter after her release from hospital last Monday — and has been humbled by the outpouring of support, particularly on social media.

But she still experiences breathlessness and tiredness. And she finds it hard to ­understand those who are still ignoring social distancing rules.

She said: “I know young people don’t get it terribly but they can go out and pass it on to an old person and it kills them. They’re a walking time bomb.”

And she wants NHS heroes to be properly rewarded for their efforts.

She added: “I hope in the future we appreciate them and pay them better salaries and train more people up because they are our lifeline to survival. They saved both of our lives.”